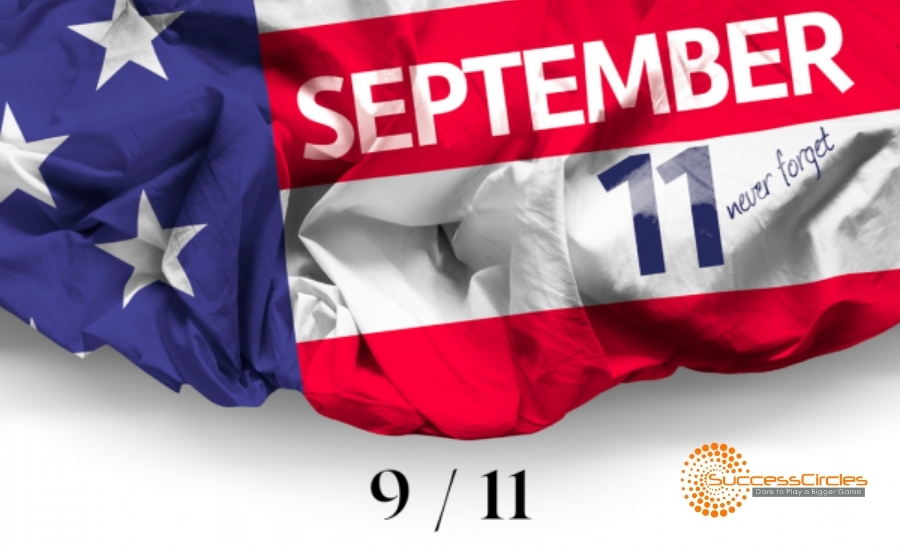 Today is the 20th Anniversary of September 11th or 9/11, a day that changed America forever – the same day that shifted my world completely.

20 years ago, I was taking my own sabbatical between technology consulting projects. I lived just minutes away from downtown Manhattan in downtown Jersey City, NJ. My home was just blocks away from Exchange Place, which is directly across from the World Trade Center.

The Twin Towers could be seen from the deck of my home. I traveled through the Towers frequently via the PATH train into Manhattan.

On the morning of 9/11/2001, at approx 9am, my Mom frantically called me to tell me that a plane had hit the Twin Towers. I turned the TV on only to watch the second plane hit the 2nd south Tower.

Reality seemed to unravel. Was I dreaming? I jumped in the shower and pinched myself to wake up from the nightmare. While in the bathroom, I looked in the mirror and felt a deep sadness. It felt as if I had a mask on my face all these years. I wanted to connect and make a difference.

My friends and I walked to the corner which was a direct pathway to the ferries that were leaving Manhattan. We witnessed people screaming, many with injuries and covered in black soot.

It soaked in that so many people died as the towers collapsed. I began to grasp how little of a difference I made in the world at that moment. For most of my life until this point, all I could think about was myself and my own vanity and need for significance had been consuming me. There was a deep desire to do more.

Over the next few months, I wallowed in this sadness. Because I was focused on the turmoil in the world after watching endless hours of TV each day, my life reflected this, and I went into a downward spiral of despair.

But when I realized that I needed to course-correct my life, things started to shift. I started journaling power questions each day after listening to a Tony Robbins Personal Power CD on the power of focus. “Where focus goes, energy flows,” he said.

Every day I would ask myself, “Where can I raise my standards today?” and “How can I make today better?” I soon took a neighborhood yoga class for the first time. In 2002, thanks to a fun challenge presented by our circle of friends, I signed up for the NYC Marathon lottery…and won the opportunity to run.

With journaling and training for the marathon, my world shifted for the better. I began the journey to reinvent myself in the world of community projects. We launched several “peer momentum” initiatives to make New York and the world a better place than it was on 9/11.

Fast-forward to the present, I get the opportunity to facilitate Success Circles, formerly called the Embrace Group, which we launched in 2005. Each day, dozens of 1-on-1 huddles occur all around the world to help our members focus on what matters to them, most especially, to make progress toward their dreams and their whys.