Rules for Success with Kenny Aronoff 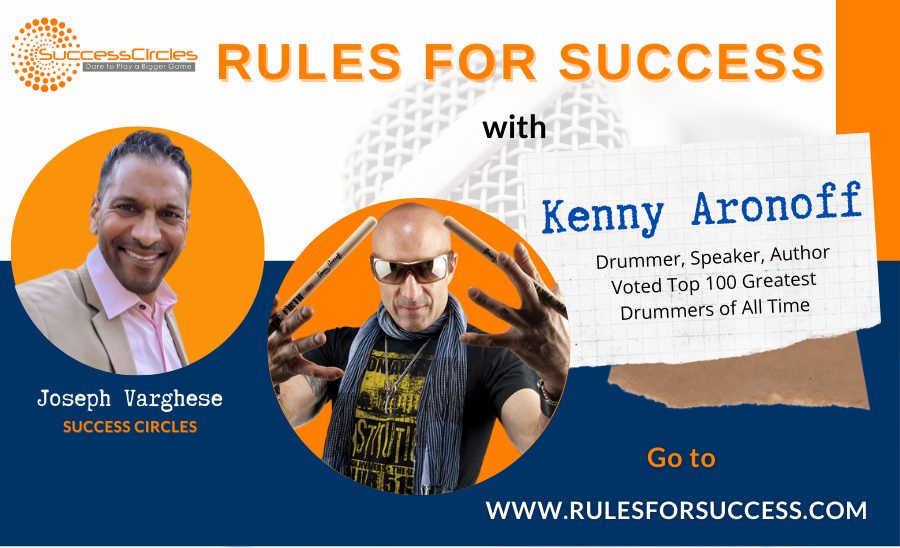 Here’s our interview with Kenny Aronoff, Drummer, Speaker, and Author, about his rules for success.

Kenny is one of the world’s most influential and in-demand session and live drummers. Rolling Stone Magazine, in fact, cited him as one of the “100 Greatest Drummers of All Time” and Modern Drummer named him #1 Pop/Rock Drummer and #1 Studio Drummer for five consecutive years. The list of artists he’s worked with on the road and/or in the studio reads like a who’s who of the music industry, and includes:

In addition to performing and creating amazing music, Kenny is an inspirational speaker. He talks about living your life by your purpose, teamwork skills, innovation, creativity, hard work, self-discipline, perseverance, and staying relevant in your career and life. Striving always to be better has been the tool that has kept Kenny at the top of his game for over four decades.

Kenny Aronoff together with Kris Barras and Fabrizio Grossi form the Supersonic Blues Machine and they recently launched their new album VooDoo Nation. Get a copy now!