Rules for Success with Michael A. Nitti 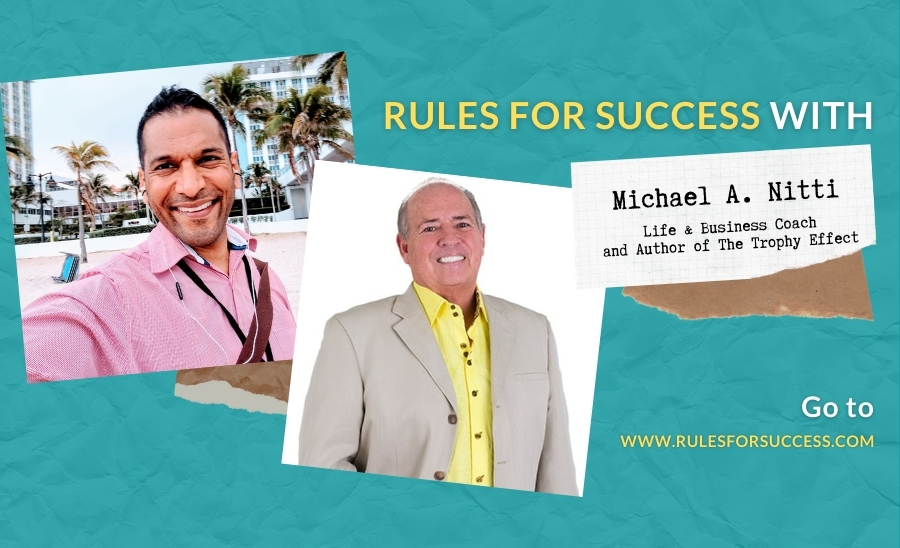 Here is our interview with Michael A. Nitti, Business & Life Coach and Author of The Trophy Effect, about his rules for success.

As a full-time coach for the past 15 years, Michael works primarily with higher-end clients, drawing upon not only what he has learned over thirty-five years of intensive transformational course work, but as a result of his ‘spiritual awakening’ in 1983…

Having held Executive-level positions in several industries, Michael found his ‘true calling’ in 1997; where, after being recruited by Robbins Research in San Diego, he was privileged to serve as a member of Tony Robbins’ Executive Team; continuing to evolve his coaching skills while working directly with Tony as a Vice President for RRI), before transitioning into coaching full-time in 2005. 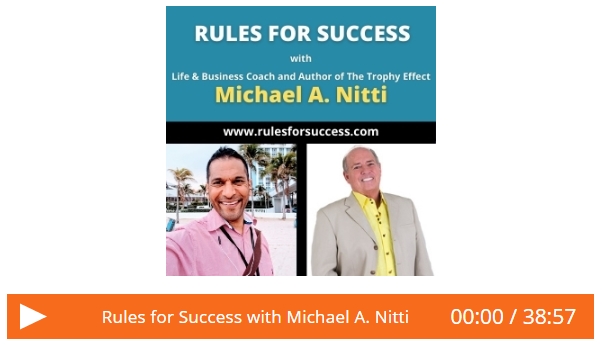 Since 2005, Michael has been one of the most prolific Life Coaches on the planet, which allowed him to refine and perfect his signature teaching, “The Trophy Effect” (which was published in book form in 2009, and recently re-released in hard-cover by Balboa Press). Today, Michael is not only about to publish two additional books, but he also continues to coach business leaders and other private clients, with a focus on Higher Consciousness, Unconditional Love, Relationships, & Supreme Certainty! (all of which resulted in his being featured on the ‘EXTRA’ television series “The Masters” in 2017).

If you want to live a life of intention, contact Michael A. Nitti and check out his newly released “The Trophy Effect” in hardcover, and about to be released “Cracking the Rich Code” at http://www.intentionquest.com. Start your journey to freedom!