Rules for Success with Natasha Mini 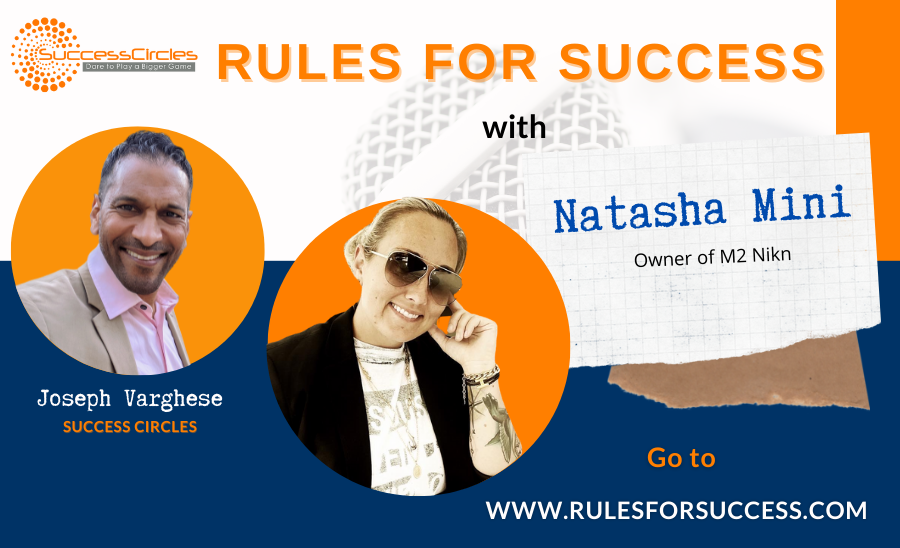 Here’s our interview with Natasha Mini, Owner of M2 Nikn, about her rules for success

Natasha was born in Northern California, and moved to San Diego to attend UCSD where she graduated with a major in International Business Affairs and a double minor in European History and Political Science. Her plan was to attend law school. While working in a law office, she met someone in the affiliate marketing industry and she never looked back!

Natasha was hired as the Director of Operations, promoted 6 months later to COO, 6 months after that to junior partner, and was a fully equal partner within her first two (2) years with Halcyon Ventures. A lot happened with her ex-business partner, but the long and short is that they had a legal battle and settled out of court. Natasha took over the referral business she had been building … now known as M2 Nikn.