With my background in engineering, it’s often easy for me to think that I can do it all when it came to running a business. Even though my company has been around for 21 years, I wasn’t a true entrepreneur for much of that.

A big shout out to one of my early mentors Michael E. Gerber, author of the E-myth. If you have never read his book, “The E-Myth Revisited”, it’s a game-changer for entrepreneurs. It’s an opportunity to break out of being a “technician suffering from an entrepreneurial seizure” and choose to be a business owner who creates an impact in the world.

I connected with Michael Gerber in 2007 at his “In the Dreaming Room” event in San Diego. There were several other powerhouse students at that event including Clate Mask of Infusion Software. 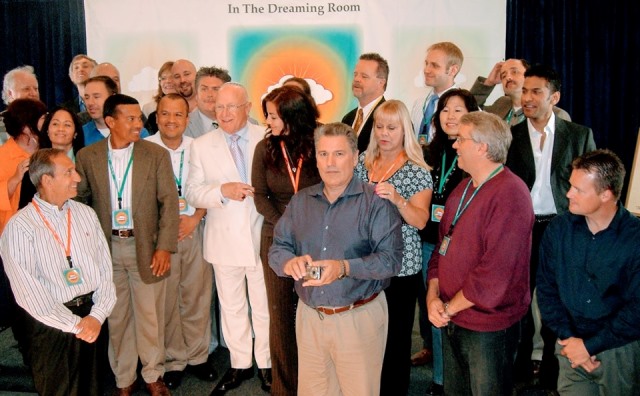 Michael’s Dreaming Room concept is inspired by Walt Disney’s “Imagineering” process. I recommend everyone spend time every once and a while in an empty room doing some critical thinking, visioning and drawing what inspires you and the impact you want to create in the world. This is the premise of his event except you get to engage with other entrepreneur leaders and get feedback from Michael.

At that first event, Michael called me to be the on the hotseat on stage with him, where he proceeded to drill down questions and coach me for 40 minutes. The questions were intensive and had me question everything I was doing, especially the Why behind it all.

I went there originally with a concept for one business called Process to Profit, helping entrepreneurs to automate their businesses and marketing. He told me that he wasn’t impressed and asked me “what else do you have?”

I mentioned to him that I also facilitated a peer-coaching and accountability program for entrepreneurs and coaches, which at the time was a fun hobby. I shared that the key to it working was a daily “huddle” where members ask each other quality questions as a means to design their ideal day and ideal life. Our members were making up to 1% progress daily and that added up over time. He told me that I was on to something and what I had might disrupt coaching the way people saw it.

I got so much value from his Michael’s Dreaming Room event that months later, I helped Michael manage two follow-up Dreaming Rooms here in NYC.

Gratefully Michael added my testimonial to his book, The Most Successful Small Business. It may have been a coincidence that the main character in that book, which included a fictional story of a want-to-be business owner, was named “Joseph”. 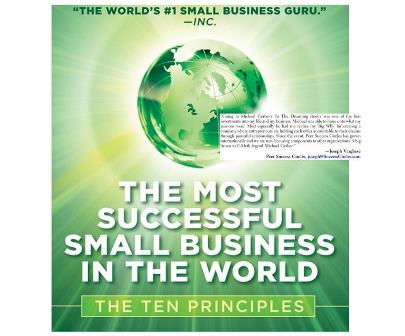 I still at times think I can do it all. Grateful for my team and the momentum frameworks we have that remind me to keep my focus on the Why. The core idea behind our work is that willpower is limited. If you have a system that ensures you are making daily consistent progress, you will eventually be unstoppable.

If any of you are entrepreneurs (or coaches) and want the opportunity to be on a virtual hotseat and get quality feedback from other kick-butt entrepreneurs and coaches who are a few steps ahead of you, message me directly about the SuccessCircles Momentum Team.

I’ll send you a link to be on a call and be on the hotseat. All growth comes from being on the edge and living life boldly.

Got Peer Accountability? Get the results that you really want now with a Momentum Buddy.