What My Dad Taught Me About The Game Of Life 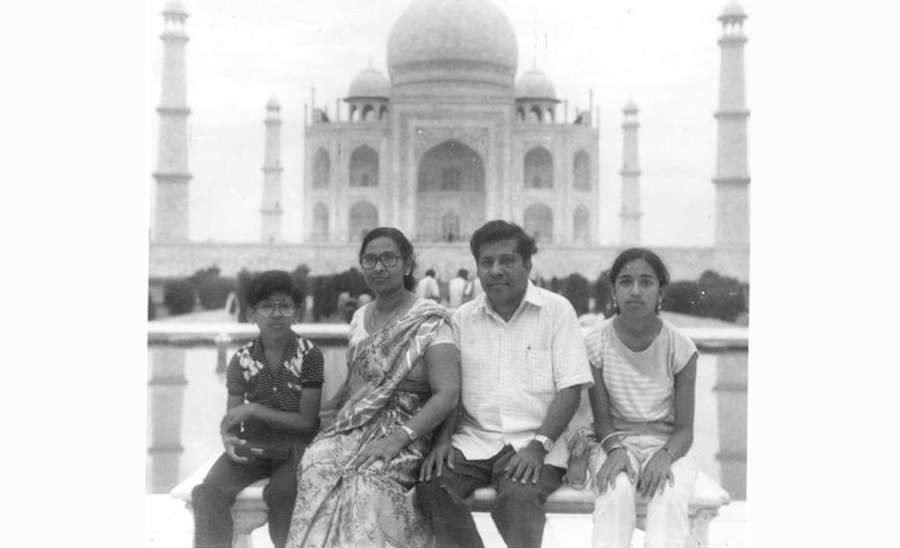 In honor of this special week, I’m also remembering my own Dad, John Varghese.

He passed away 15 years ago on a Good Friday and I miss him tremendously.

He leaves an extraordinary legacy in my Mom, in me, my older sister Jessie and his 4 grandchildren … and the hundreds of others who he supported and encouraged to build a foundation in America, this land of incredible freedom and opportunity.

My Mom, Grace Varghese, God bless her!…is still alive and is as intentional as ever in her 80s.

She worked most of her life as a Registered Nurse. She’s also a successful heart transplant recipient of 23 years..and we’re praying that she beats the world record as a survivor.

Being a Dad now to 2 delightful very young kids, I can see how much work goes into it. Wow!!

My Dad was the oldest son of 10 siblings living on a small farm in Kerala, India. His own father, a teacher of Sanskrit, was very respected as all great teachers were back then.

My Dad went to college late, in his early 30s and he married late. Prior to that, he had taken on jobs putting himself and his family through school. He did a lot of missions work and considered being a full-time missionary.

In his 30s, he won a government scholarship to go to an Engineering school where he became a Civil Engineer.

After spending some years working in Bombay and then Tanzania, Africa he immigrated to the States in the early 1970s, thanks to my

Mom who came to this country early. At the time, there was a shortage of nurses during the Vietnam War era.

Both my parents were humble, hard-working and incredibly generous people. Looking at what they created, I now see them as architects of dreams. They worked diligently and hand-in-hand making sure that all the people they cared for were taken care of. They stressed the importance of personal responsibility, self-sacrifice and making faith and family a priority.

Together they created a strategy to bring most of their family to the States over the next few decades.

We lived in what was known as the most diverse multi-cultural “melting pot” neighborhood in the world at our home in Jackson Heights, Queens. My Mom still lives in that same house after 45 years.

My Dad Was Wise And My Inspiration

My Dad understood the value of compound growth, especially when it came to investing in family. In our home in Queens, dozens of relatives and friends found a safe haven to begin planting their roots. He mentored them on next steps to establish themselves and create their own families.

That house was full of love. The most memorable experiences for me were around the holidays, Easter, Thanksgiving, and Christmas always stand out.

One of my earliest memories of my Dad and his overwhelming generosity was one day at the airport where we encountered a Muslim stranger who missed his flight. It became evident that he had no place to sleep. My Dad opened our home to him to sleep for days including all meals with our family.

My Dad loved to read and journal. He rarely wasted a moment watching TV and he never engaged in gossip or politics. He instead invested in building up wisdom as a means to help his family and others succeed.

On his nightstand, beyond the copies of the Bible, were books by authors Norman Vincent Peale, Dale Carnegie, Og Mandino, and Robert Schuller. Seeing this as a kid inspired me to invest much of my own life learning and growing.

The Legacy He Left With Me

In 1984, my Dad began a monthly family prayer group that still meets on a regular basis today. Members of the “JV Family Prayer Group” show up for each other through both the struggles and the triumphs. When two of my aunts got Cancer, the family was there day after day loving and supporting them. In our family, we have each other’s back no matter what happens.

My Dad taught me at a young age how to build structures and frameworks to help others realize their dreams. For that, I am forever grateful since this is an integral part of the work I do now. Before the word “crowdsourcing” ever existed, he planted that idea in our family for us to do that for others and to value collaboration as a family.

He taught me that to win in life, it’s important that I help others win in life as well. The best way to learn and integrate it to model success and teach it.

Since traveling to India was often challenging and expensive, he took us instead every year to Amish country in Pennsylvania for us to witness the barn-raising phenomena that often happens there.

My Dad did whatever he could to embrace simplicity and move projects forward, teaching us to work hard and make difficult sacrifices in order to reach our goals. He modeled that through and through.

From His Legacy To Mine

During the last several years of his life, my Dad worked at JFK airport building airline terminals. He also helped design and construct the new Church building for the Epiphany Marthoma Church my family attended and he contributed to dozens of charities.

Days after he passed away in April 2004 of a stroke, we flew his body to Kerala to the farm that he grew up in. At his funeral, I witnessed what seemed like thousands pay their respects to my father, son of a great teacher. Experiencing that woke something in me to pay his legacy forward.

Since then I have made it my own personal mission to take on projects and businesses that help people bridge the gap to their dreams. SuccessCircles was launched in 2005 and our framework has helped our members reach thousands of goals and dreams.