Do this daily and make your dreams come alive! 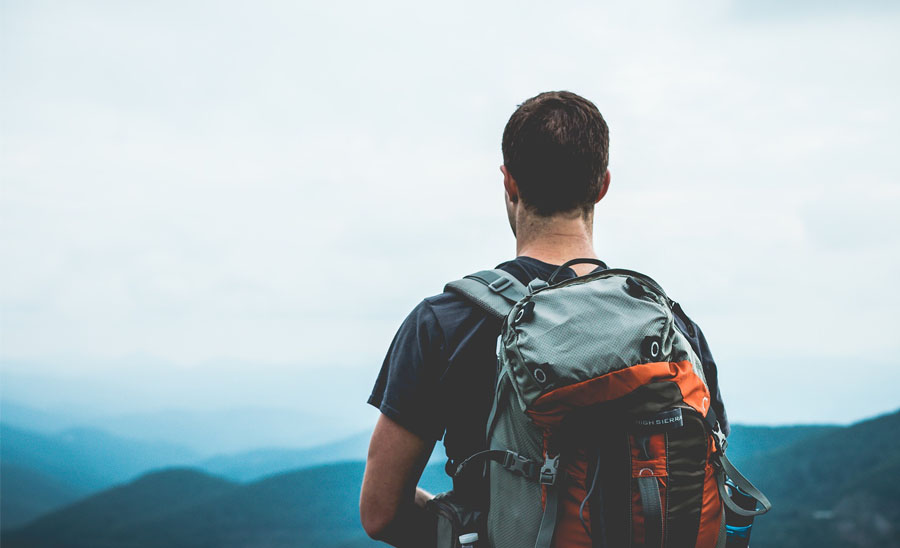 They say that most every person has somewhere in the range of 65,000 thoughts per day. 90% of these thoughts are repetitive, useless and past based. Many of these repetitive thoughts create vicious cycles in our mind and keep us in inaction instead of being in action in the things that matter.

Many people medicate themselves with poor habits or meditate themselves to minimize these thoughts so they can function on an ongoing basis.

I have a lot of direct experience in this area which is one of the reasons for writing this. My Dad was more or less a minimalist and he was someone who made things happen, from investments, building projects, and most to him importantly bringing family together. His background as a missionary in India humbled him to make this happen and create an amazing life for his family.

After my Dad passed away ten years ago, I took on being more like him and simplifying my life. Up until that point, there were serious clutter issues from years of collecting stuff, open loops from promises being made that weren’t met. My home at the time in NJ was full of excess furniture, trinkets from travels, engineering books from my college days, party material and clothes. It was basically “stuff ” that held me back to different phases of my life before, hence the old me.

At that time ten years ago, I also had friends and an event planning business that no longer aligned with my values. All of this stuff made me feel significant, yet did not move me or move the world forward. It felt like it was weighing me down.

I made a decision to sell my home to be closer to family. When I moved, I had a blank canvas to paint with. I began to paint this canvas with things that inspired me…better friends, cleaner eating, personal development, a new spiritual community, more connection with family, a cat, piano lessons and other things that as Oprah might say ”nourish the soul” and brought me closer to the vision of where I wanted to be.

I’ve started projects since that not only excite me and give more meaning to my life and despite that, things still things pile up.

Every year I declutter, especially around this time – simplifying my life, releasing attachment to the old and embracing clarity and freedom and planning forward for the new year. I find that sometimes the most amazing things open up and the unexpected arises.

During the Fall of 2012, I went through this major releasing process. On Winter solstice, on December 22nd, 2012, I spoke for the first time to the woman of my dreams, who I married 8 months later. Every day since had gotten so much sweeter and we’re moving toward our dreams faster than ever. My wife Sherley is my number 1 accountability partner.

In January of this year, my wife and I went to see my former Cardiologist,Dr. Alan Gass, a man who conducted the successful heart transplant for my Mom in 1996, at which time I was also diagnosed with her condition called Cardiomyopathy. After extensive testing, Dr. Gass shared with us that I no longer have Cardiomyopathy and that I have effectively released it. He also told us that he has seen this healing on very rare occasions and that it does take a combination of taking care of one’s health, exercise, prayer, visioning and deep emotional work.

I feel that personally that releasing the past was a major step forward in healing myself, in addition to taking on everything else my Doctor advised.

The Fall is the perfect season for releasing. For most of us in New York who experience different seasons of the year, our environment is already doing this. Look outside, you’ll see trees shedding their leaves, releasing the old and making way for the winter and new life in the Spring. 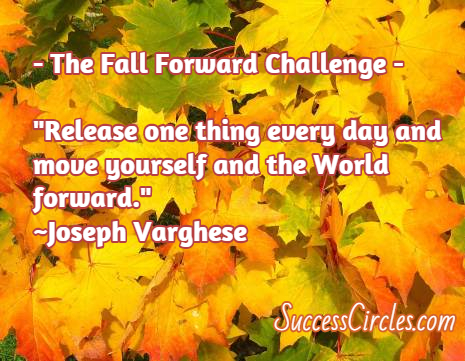 What if we did this ourselves instead of waiting for Spring Cleaning, releasing away the old baggage. What if releasing also involved honoring promises and commitments in addition to releasing ones that no longer serve us.

Each year I present this as an opportunity in the form of a Game to members of a global peer coaching community I organize called Peer Success Circles, which stems from a NYPowerTeam meeting 9 years ago.

The game is called the Fall Forward Challenge in honor of the Fall season, hence letting go and releasing that which no longer serves and completing promises and open loops that do serve us.

The first step is to make a list of all the things physically and emotionally around you that could be robbing you of attention and energy. Ask yourself “what am I tolerating?” On a physical level, it could be a broken door, a pile of paper in the corner of the room.

On an emotional level, it could be a broken promise that you didn’t fulfill on with someone in your life.

It could be a resentment that needs to be spoken and forgiven. Each time you think of that person or you’re around that object in your home, you feel a tension in your body a disconnect in your breath. As you write this what may seem to be infinite list, you will realize that the list is very finite. Eventually realize that with a few hours or more you would be able to list every open loop in every area of your life that is important to you.

What used to surprise me is that each time one of our Peer Success Circles members took on releasing something that no longer served them, something new would pop in as an opportunity or synchronicity to fill in that void. That new something could be an income stream, a relationship or simply a clearer path to move forward.

What I’ve come to realize is that not every opportunity that pops in serves us. It’s about choosing the ones that align with our values our Big Why and Mission and moves us forward. On our Peer Success Circles call, we get to share our Big Why on each and every one of our calls.

If you’re Game to play, every day until the end of the year take on releasing at least one big or small item of stuff in your life daily.

If you’re a member of Peer Success Circles, you’re already been playing some variation of this and perhaps at a lesser level. One of the Power Questions our members share on their buddy calls is “What did I release yesterday?”

Imagine where you would be with less stuff distracting you from your purpose and your truth. How would it be if you streamlined everything around you such that your focus and path to where you want to be is clear and shall we say brilliant? How would it feel if by the end of the year, you got to the finish line reaching your goals and celebrating all along the way there.

It often takes courage to do this, even some level of an accountability partnership where another person truly listens to your commitment. I invite you to take on this Fall Forward Challenge, releasing one big forwarding item every day until the end of the year. If you’re interested in having some fun accountability along the way while playing this game, join Peer Success Circles.

Note that we do screen each member so not everyone gets in and you do have to be an entrepreneur for our peer coaching service to make the biggest difference for you.

For the first 10 people who sign up, you will get a 20 minute laser coaching session from me valued at $50.

Email me if you have any questions. Sign up at http://SuccessCircles.com and use code FALLFORWARD

Until then,
Live Inspired! 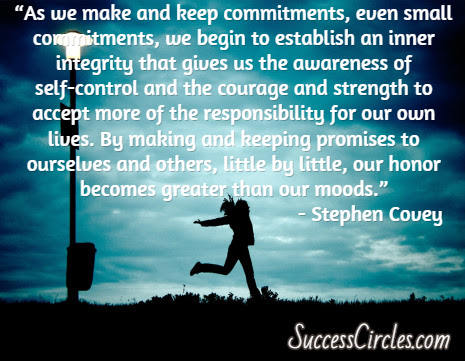